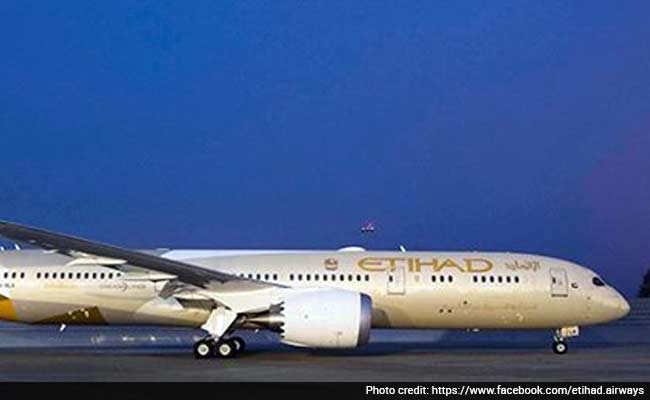 The Etihad Airways flight had no passengers on board (File)

The United Arab Emirates flew its first publicly announced flight to Israel on Tuesday when Etihad Airways sent medical supplies to help the Palestinians cope with the coronavirus pandemic.

Except for Jordan and Egypt, Arab countries have no official relations with Israel but Gulf Arab nations like the UAE and the Jewish state have been warming ties recently amid shared concern over Iran.

“Etihad Airways operated a dedicated humanitarian cargo flight from Abu Dhabi to Tel Aviv on 19 May to provide medical supplies to the Palestinians,” an Etihad spokesperson said. “The flight had no passengers on board.”

The official UAE news agency WAM said the flight involved the delivery of 14 tonnes of urgent medical supplies that “will support the efforts to curb the spread of COVID-19 pandemic and its impact in the occupied Palestinian territory”.

The Etihad delivery was described as part of broader humanitarian efforts.

“Etihad Airways continues to operate many humanitarian flights providing much needed aid to nations within its network and beyond.”

The Arab countries have called for a settlement to the Palestinian-Israeli conflict as a condition for normalising ties with the Jewish state.

The Arab League frequently denounces Jewish settlement construction in the occupied West Bank as well as Israel’s policy toward the Gaza Strip.

But Gulf Arab states have shown signs of a rapprochement with Israel.