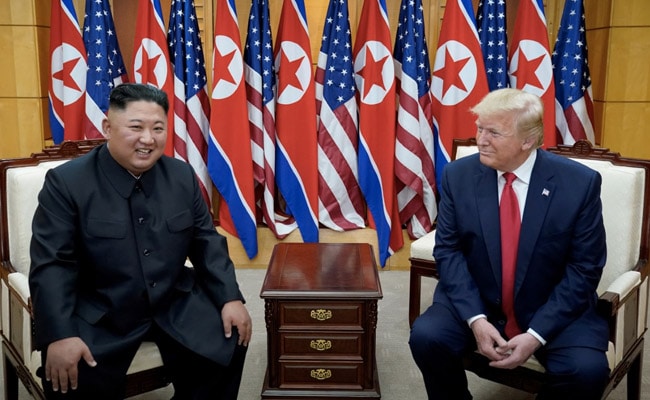 Trump and Kim exchanged insults and threats during 2017 as North Korea made large advances in its nuclear and missile programme and the United States responded by leading an international effort to tighten sanctions.

Relations improved significantly around the Singapore summit in June 2018, the first time a sitting American president met with a North Korean leader, but the statement that came out of the meeting was light on specifics.

A second summit in February 2019 in Vietnam failed to reach a deal because of conflicts over U.S. calls for North Korea to completely give up its nuclear weapons, and North Korean demands for swift sanctions relief.

Ri said in retrospect the Trump administration appears to have been focusing on only scoring political points while seeking to isolate and suffocate North Korea, and threatening it with preemptive nuclear strikes and regime change.

“Never again will we provide the U.S. chief executive with another package to be used for achievements without receiving any returns,” he said. “Nothing is more hypocritical than an empty promise.”

The U.S. State Department and the White House did not immediately respond to requests for comment.

On Thursday, a State Department spokesperson told South Korea’s Yonhap news agency the United States remains committed to dialogue with North Korea, and is open to a “flexible approach to reach a balanced agreement.”

On Thursday North Korea criticized the United States for commenting on inter-Korean affairs, and said Washington should stay quiet if it wants the upcoming presidential election to go smoothly.

North Korea is likely to try to increase pressure on the United States ahead of the upcoming election, said Daniel Russel, the top U.S. diplomat for East Asia until early in the Trump administration.

“Trump’s claim to have ‘solved’ the North Korea problem gives them leverage,” he said.

“North Korea continues to need a proper deal more than the U.S.,” Pacheco Pardo said on Twitter. “That hasn’t changed.”

Ri said North Korea’s desire to open a new cooperative era runs as deep as ever, but that the situation on the Korean peninsula is daily taking a turn for the worse.

“The U.S. professes to be an advocate for improved relations with the DPRK, but in fact, it is hell-bent on only exacerbating the situation,” Ri said.

The official name of North Korea is the Democratic People’s Republic of Korea (DPRK).