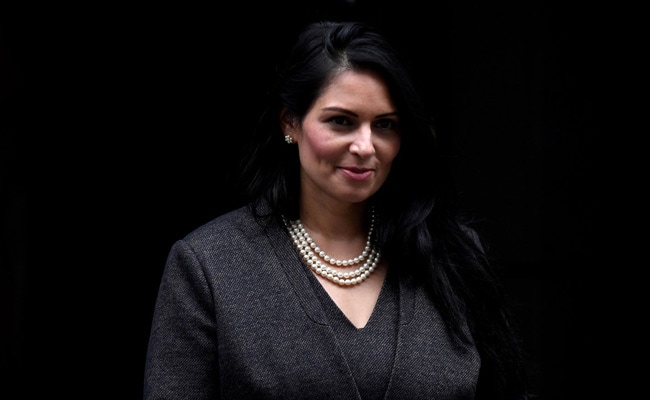 UK Home Secretary Priti Patel on Sunday hit back at MPs from the Opposition Labour Party for being “racist” in their treatment of her.

The row emerged after a group of ethnic minority Labour MPs, including Indian-origin MPs Virendra Sharma, Tan Dhesi, Preet Kaur Gill, Valerie Vaz, Seema Malhotra and Nadia Whittome, wrote to the Indian-origin Cabinet minister earlier this month accusing her of trying to suppress the anti-racism fight by recounting her own past experiences of racism in Parliament.

“Black Lives Matter” protests have been held across the world after American citizen George Floyd died in police custody on May 25.

“Primarily because they take the stance and the position that I just don’t conform to, their preconceived idea or stereotypical view of what an ethnic minority woman should stand for and represent,” said Ms Patel, on being questioned on “Sky News” about the row.

Asked if she feels targeted by the Left-wing Labour because she is part of the Conservative Party as an ethnic minority woman, she said: “Clearly in the case of those Labour MPs, they simply do. That in itself is racist. It is very disappointing, I am not going to dignify that letter any further.”

The letter, dated June 11 and signed by 30 Labour Party MPs, had accused Ms Patel of “gaslighting the very real racism” faced by communities in the UK.

Gaslighting refers to a form of psychological manipulation where seeds of doubt are planted against a particular idea.

Ms Patel had responded by making the letter public on Twitter, with the message: “I will not be silenced by @UKLabour MPs who continue to dismiss the contributions of those who don’t conform to their view of how ethnic minorities should behave.”

Addressing the House of Commons earlier that week in response to violent clashes between Black Lives Matter anti-racism protesters and police officers, Ms Patel had condemned the violence perpetrated by a minority of protesters who she said would face justice.

Questioned by an Opposition Labour Party MP whether the minister fully understood the “anger and frustration” felt by anti-racism demonstrators protesting against the brutal killing of African-American George Floyd in police custody in the US, Ms Patel retaliated with references to her own experiences growing up as an ethnic minority in the UK.

The minister, born to Gujarati-origin parents who fled Uganda for Britain when dictator Idi Amin expelled Asians from the African country in the early 1970s, had said: “On that basis, it must have been a very different Home Secretary who as a child was frequently called a Paki in the playground; a very different Home Secretary who was racially abused in the streets or even advised to drop her surname and use her husband’s in order to advance her career… so when it comes to racism, sexism, tolerance or social justice, I will not take lectures from the other side of the House.”

In their complaint letter, the Labour MPs demanded that Ms Patel “reflect” on her words and the impact it had towards black communities in the UK.