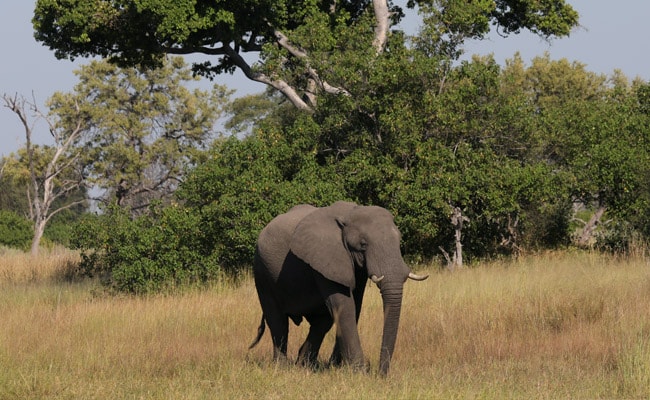 The mysterious deaths of over 350 elephants in Botswana over a period of two months have perplexed scientists and researchers, reports say.

The carcasses of the elephants are strewn around the northwest parts of the African nation. They bear no sign of injuries to indicate poaching.

Further investigations have also ruled out poisoning by humans and anthrax, which sometimes hits wildlife in this part of Botswana, news agency Reuters reported.

“We are still awaiting results on the exact cause of death,” regional wildlife coordinator Dimakatso Ntshebe told Reuters.

Botswana is home to a third of Africa’s declining elephant population.

It is possible that something is attacking the elephants’ neurological systems since many of them appear to be dropping dead on their faces, BBC reported quoting Dr Niall McCann of the UK-based charity National Park Rescue as saying.

The deaths of the elephants come amid the COVID-19 pandemic that has killed lakhs of people across the world.

“We have had a report of 356 dead elephants in the area north of the Okavango Delta and we have confirmed 275 so far,” Cyril Taolo, the acting director of the department of Wildlife and National Parks, told news agency AFP in a text message. He said the cause of the deaths was yet to be established with anthrax having been ruled out. “We do not suspect poaching since (the) animals were found with tusks,” he said.

Samples have been collected and sent to South Africa, Zimbabwe and Canada for testing.

There is insufficient data to see whether something that is killing the elephants could cross into the human population.

The latest discoveries were flagged by a wildlife conservation charity, Elephants Without Borders (EWB), whose confidential report referring to the 356 dead elephants, was leaked to the media on Wednesday. “There was good evidence to show elephants of all ages and sex appear to be dying,” said the report penned by EWB director Mike Chase.

Africa’s overall elephant population is declining due to poaching, but Botswana, home to almost a third of the continent’s elephants, has seen numbers grow to 130,000 from 80,000 in the late 1990s, owing to well-managed reserves.

However, they are seen as a growing nuisance by farmers, whose crops have been destroyed by elephants roaming the southern African country.

With inputs from agencies